Up in Vermont for a weekend. Heavenly. There was a lot of activity going on around me, but all I really wanted to do was sit by the water meditatively. 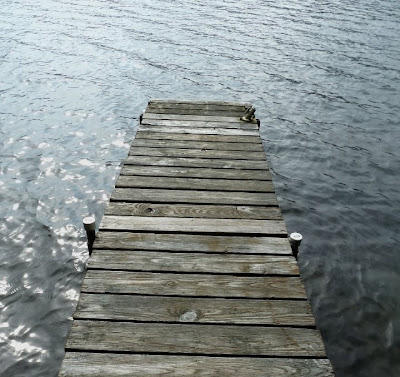 With yarn and needles, naturally. I've been trying to finish up the sleeves of the green alpaca sweater, knitting them at the same time on the same magic loop from the same ball of yarn (one from inside, one from outside). This way I can use every last yard of the yarn and make sure that the sleeves are precisely the same length. 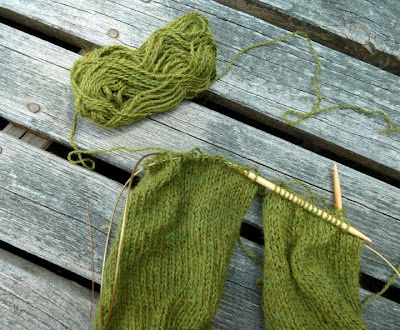 On another note, I was graced by a beautiful loon sighting during my weekend. We'd had an afternoon thunderstorm, during which time I took a little nap. When I woke up, it was twilight. There was a rainbow in the sky above, and two loons swimming in the cove below. 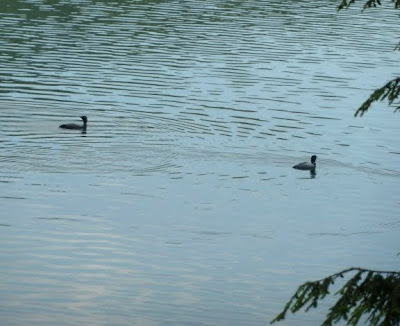 Such beauty, it almost hurts to be there!

Very beautiful. I love being outdoors during the summer. I can't do that as much where I live now due to allergies and pests but I will once fall gets here. I've never understood the magic loop thing, guess I need to look it up. Can't wait to see your finished project!

I relate to the peace of the pier, the loons, etc. I also love to use every speck of a yarn up!