Quick note here to say: the hat, it is finished!  I've been wearing it every day this week. The mornings have been foggy, the evenings have a damp chill. It's the perfect Berkeley-in-November hat. 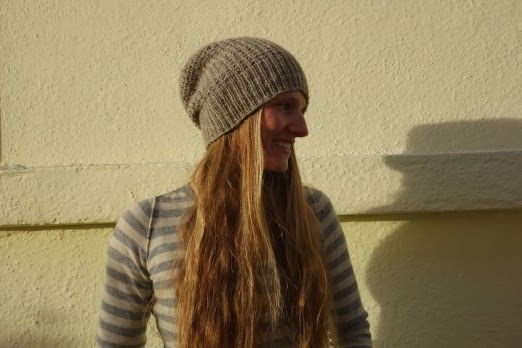 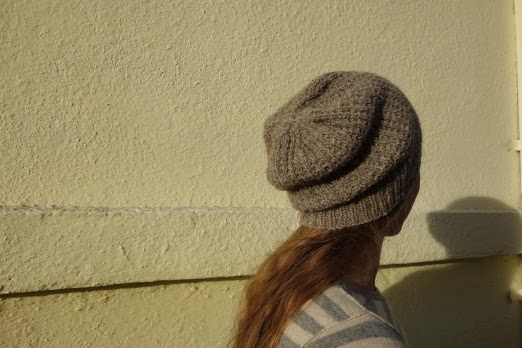 The pattern is hoarfrost. The yarn, a rustic DK wool that I bought some years ago. Deep stash. Damned if I can remember what it is.

Later that evening was the full moon rise. I don't have a tripod here, so it's just hand-held snapshots. A blurry glow behind the fig tree branches. But still sensational! 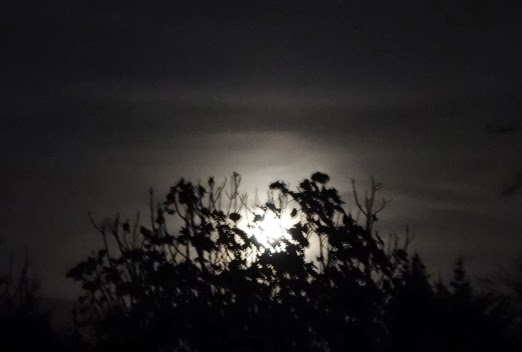 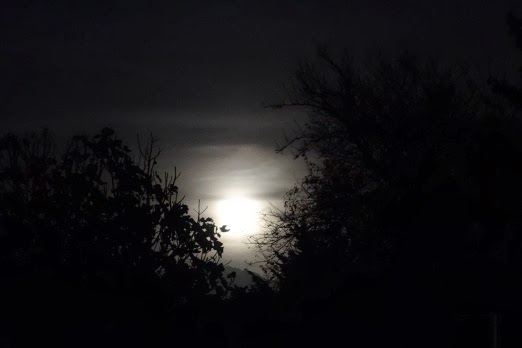 I finally made it to Yosemite Valley. What glory to be there in early November, with the last glow of gold in the trees! The air was crisp. The bears were fat. The crowds were thin. It was heaven. 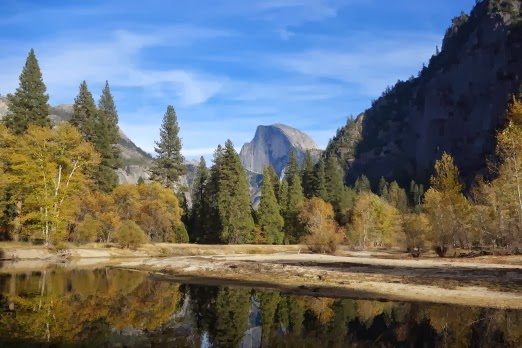 The funny thing was that the last time I wrote, I was on New Hampshire granite playing with a ball of gray wool. This time I'm on California granite doing the same!   Here I was on Saturday. As always, taking a sunny pause between climbs to get in a round of knitting. Looking here back at Half Dome (same rock as above). We climbed it the next day ... 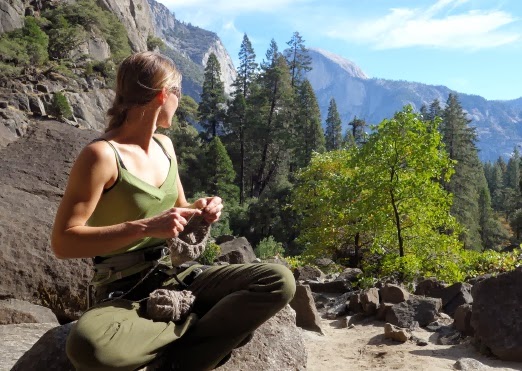 But first, let's talk about the knitting! Remember that sweater I started this summer in Maine?  I'm still working on it. But it's boring. Real boring. So to give myself a break from that, I cast on for a slouchy hat in the same gray wool.

The pattern is hoarfrost, which is a simple hat that starts in 1x1 ribbing and poofs out by transitioning to garter rib. It's rare that I buy a pattern this straightforward. Usually I just design my own hats. But it was kind of nice to dodder along following someone else's directions rather than having to think for myself. 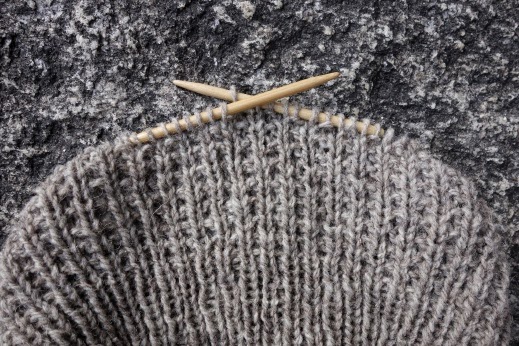 This particular ball of yarn had already been knit up into a long shawl edging some years before.  The lace pattern is called Peri's Parasol. Quite a decorative stitch, as you can see. I'd cast on about six feet of it (!) but then abandoned the experiment. 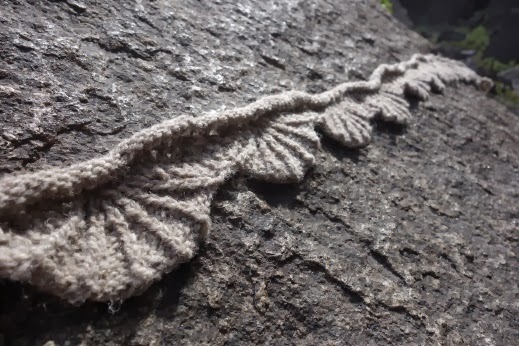 So now it was being unraveled into my hat. Yes, I know I should have unraveled it and washed it ahead of time. No, I didn't care. I can't be bothered to do that sort of thing these days!  I just grabbed the edging and needles, downloaded the pattern on my iPhone, and headed into the mountains. 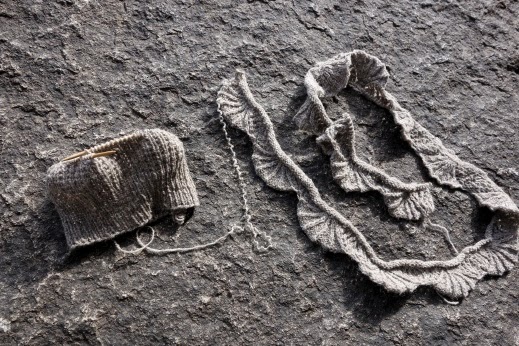 The big day of adventure (though less knitting) was on Sunday, when we headed up to Half Dome. The morning started with a few hours of hiking up to the base of the rounded southeast side of the dome.  Here's Mountain Man on the last push of the hike. You can see rock climbers as tiny dots on the rock face above to get a sense of the extreme scale of this landscape. 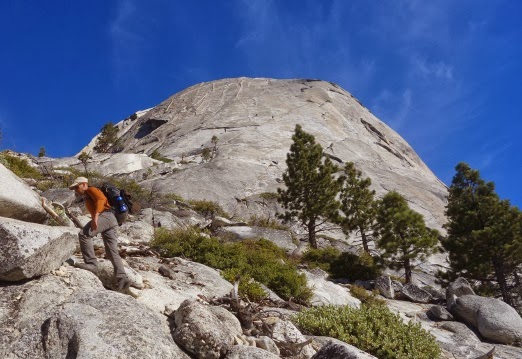 The climb that we did was called "Snake Dike." It's a wild feature on the rock: a dramatic spine of harder rock that snakes its way upwards. Here's Mountain Man ahead of me on the climb ... 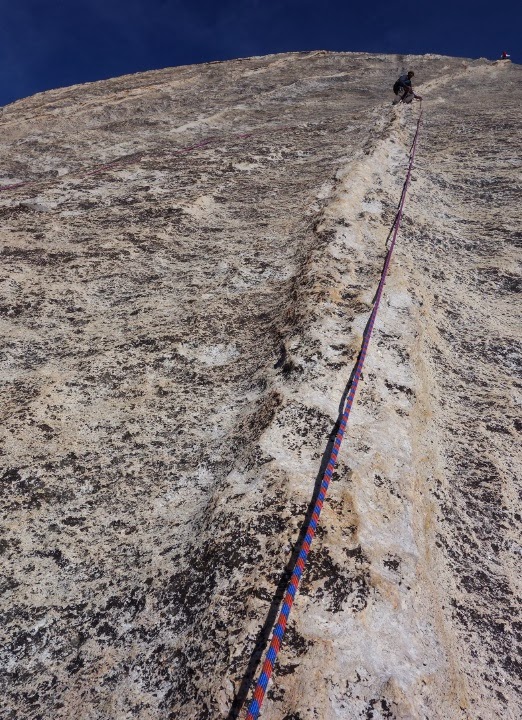 We got to the summit by the early afternoon -- and we had it all to ourselves.  It was unbelievable. Such peace to stand on the top of this incredible mountain, looking 5000 feet down into the valley, with no sounds except a peregrine falcon flying above. 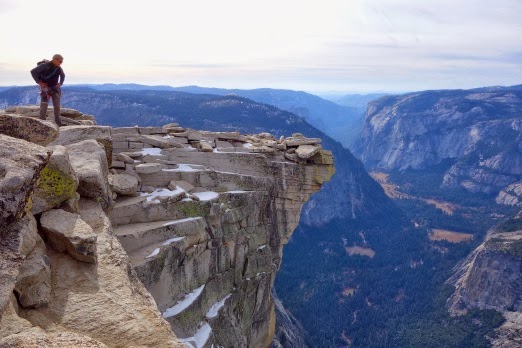 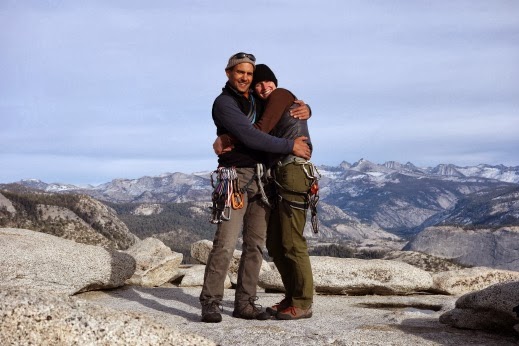 We descended off the steep northern slope. The Park Service has cables set up there. During the summer, they're turned into kind of a bannister with metal support poles. But this late in the season, the bars have been dissembled. The cables lay slack on the cold rock. It's definitely a bit harrowing to descend this way. 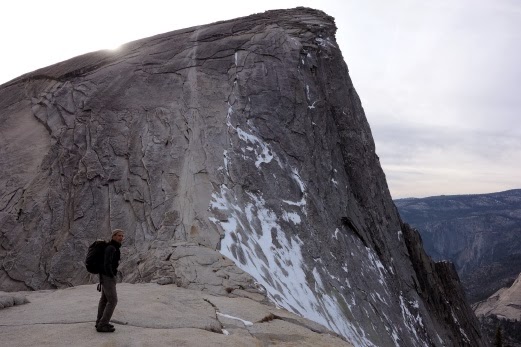 But man, what a magnificent place to experience.  Here's my favorite shot of Half Dome, taken from Yosemite Valley in the last rays of sunset. 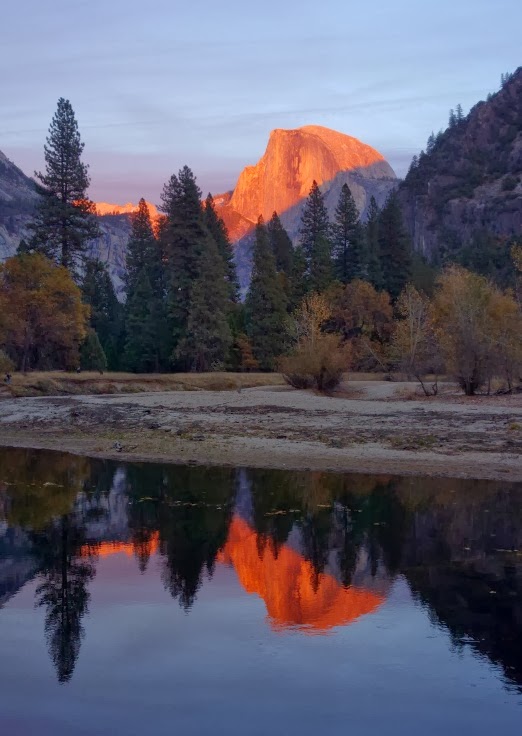