blocking for good or evil

This is the story of how a hat evolved through blocking.  Everyone -- myself included -- has waxed poetic about the magical powers of blocking.  What I forget sometimes is that those powers can be used for good or for ill!  Let's start with the hat: Fresh off the needles, it's a big, juicy berry. Looks like I plucked it off a tree!  The yarn is a gorgeous, artisanal, naturally-dyed, aran-weight, thick and thin wool that I splurged on five years ago at the Taos Wool Festival.  It was called "Como Boucle" from La Lana (which I'm sad to say has now closed its doors).

The pattern is the Picholine Hat from the Tunney Wool Company, with a few modifications in stitch count based on the needles I had on hand.  Now, at the end of the pattern you're supposed to block the hat over a plate.  I soaked the hat in warm water, stuck a dinner plate in the middle of it, and then balanced it on top of a tall glass so that the ribbed brim wouldn't be smooshed. 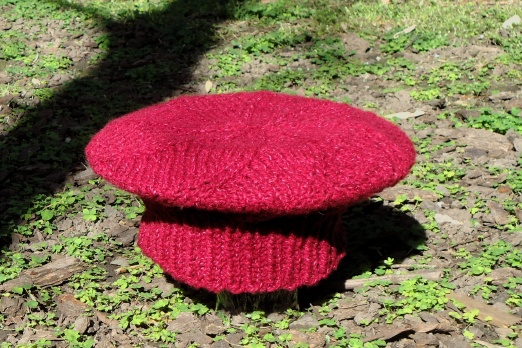 It took two days to dry like this. And it looked strange, very strange indeed.  Not unlike a UFO, especially with the trippy tree shadows stretching and waving across the backyard. 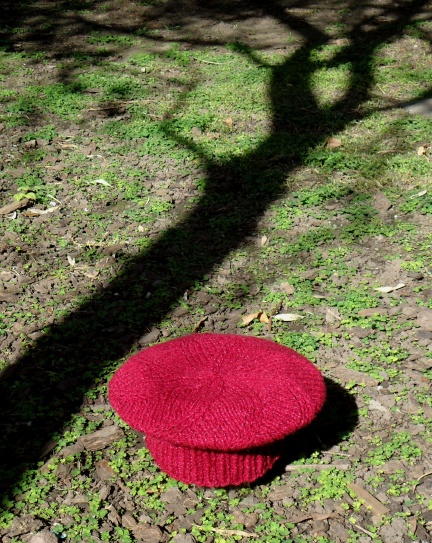 And the result? Dreadful. I may look happy, but that's only because I'm laughing at its absurdity. It was like having a dense pancake attached to my head (and, yes, I did remember to take out the plate). 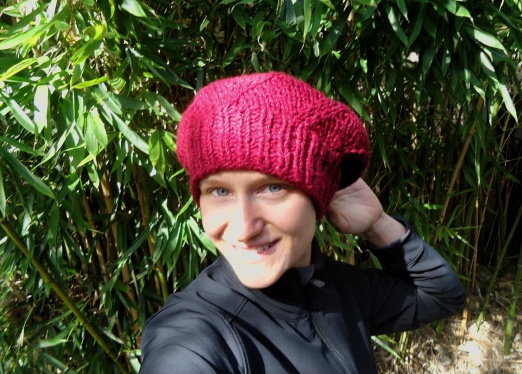 I had to re-block it.  I'd just seen a blog post from Stephanie Japel where she blocked a hat over a bowl, and I decided to give that a whirl.  This time the set-up involved an upside-down bowl balanced over a very tall glass bottle, and I pinched the spiraling lines to help them "pop" a bit.

Still looked strange, strange enough that the neighbor's cat came over to investigate it ... 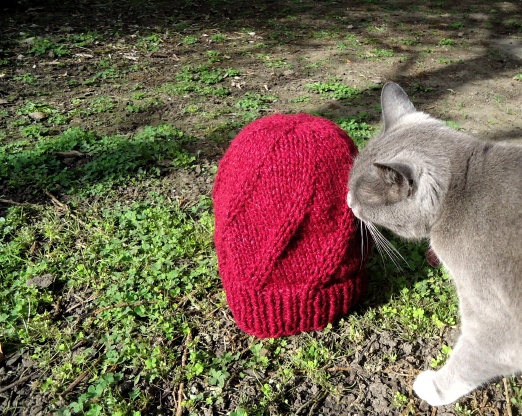 But it did the trick.  Brought it back to a rounded, casual, slouchy shape. 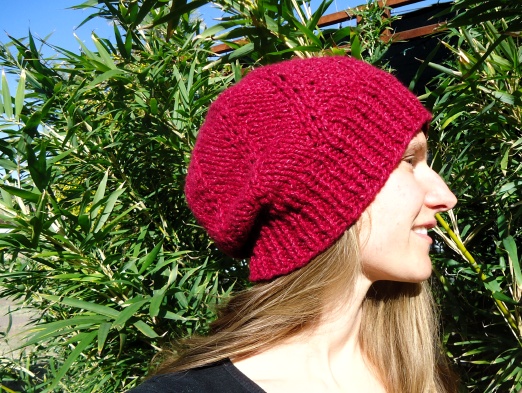 It's easy to wear and will be a nice splash of color and warmth for my sister, who's enduring a dreary late winter in DC.