How fast the summer is slipping past.  It seems like just last week that I was beginning my exhausted, end-of-the-semester exhale and looking forward to recuperation. But in fact that was a couple of months ago. Where have the summer months gone?  Disappeared in the blink of an eye.

It hasn't been nearly as relaxing as I'd hoped. But one thing I do want to remember is the June roadtrip that Mountain Man and I took through the four corners area.  We headed north out of Phoenix, up past Flagstaff .... 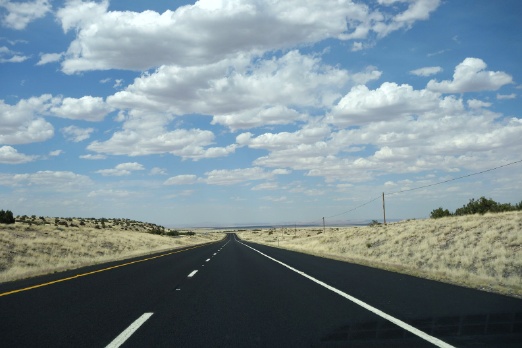 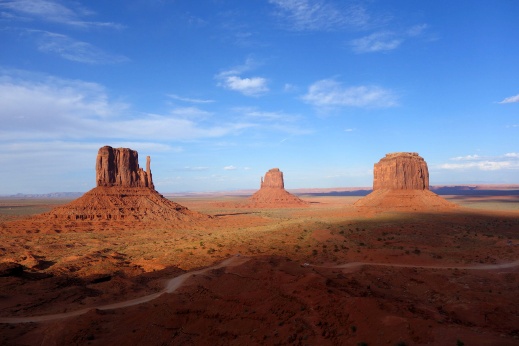 And camped that first night in the Goosenecks State Park in Utah.  As the sun went down, the desert cooled off.  It was a glorious place to sit with a glass of wine, letting the relaxation of vacation sink in. 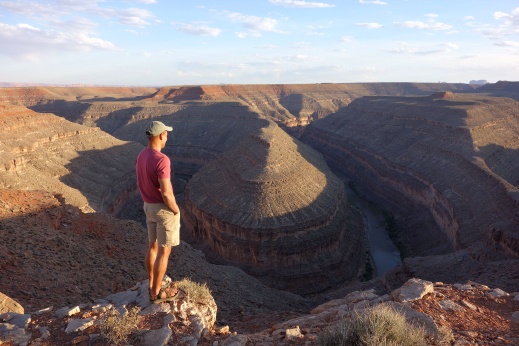 From there we headed further north in Utah for a brief bit of climbing in Indian Creek and camping outside of Canyonlands state park. But it was HOT. Too hot to enjoy ourselves. So we tossed our plans aside and headed east into Colorado.  Stopped en route to see Mesa Verde, which was absolutely incredible ... 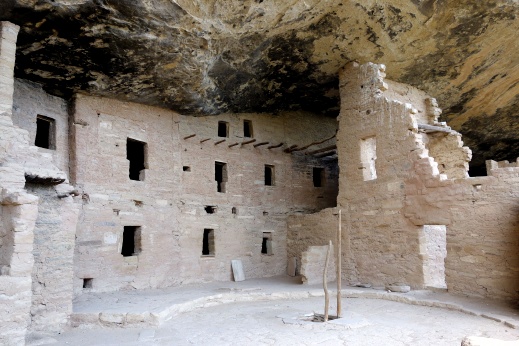 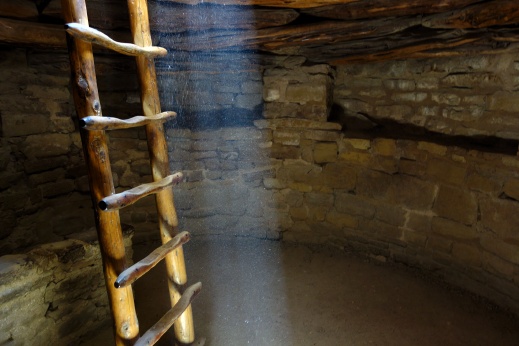 And then wound our way up to Telluride. We spent almost a week there, rejoicing in the cool mountain air and spending our days on the hiking trails.  I really fell for Telluride. 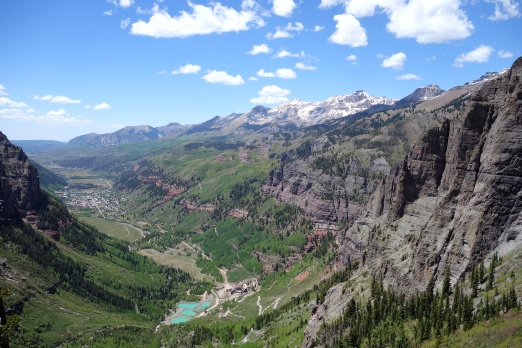 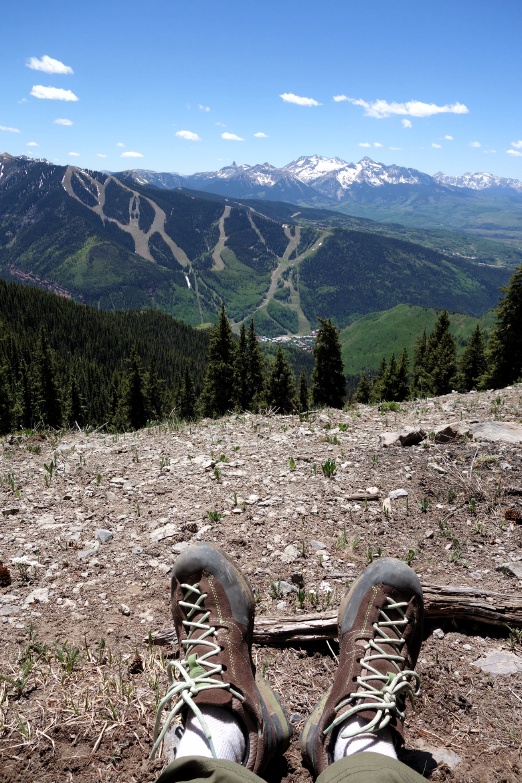 So did Isis.  She was in heaven, really.  Rolling in the snow, chasing marmots, and curling up in camp at night. 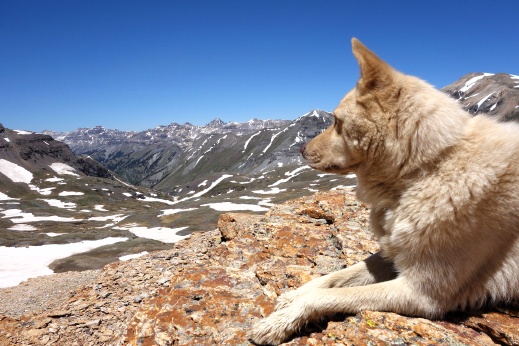 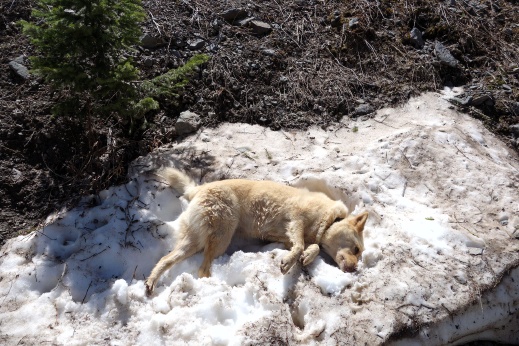 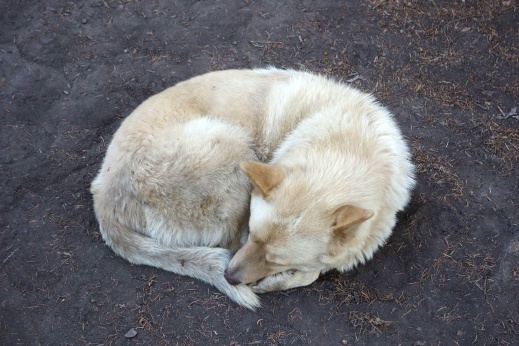 When the vacation days were winding down, we got back on the road. Spent a couple of days exploring Ouray and Silverton, then kept on southward into New Mexico.  Our last real destination was Chaco Canyon.

What a long, dusty, dirt road to reach it.  We arrived in the late afternoon feeling parched and tired. Pitched our tent in the campground, filled our water jugs at the visitor center, and went off to explore the ruins. We were not disappointed!  It was magical. The drive through the canyon was beautiful, with the afternoon light casting long, warm shadows, and the ruins were stunning against the rock cliffs. 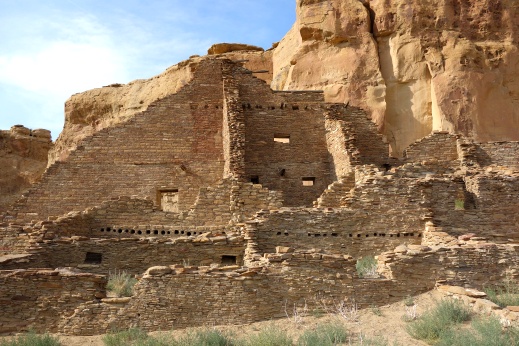 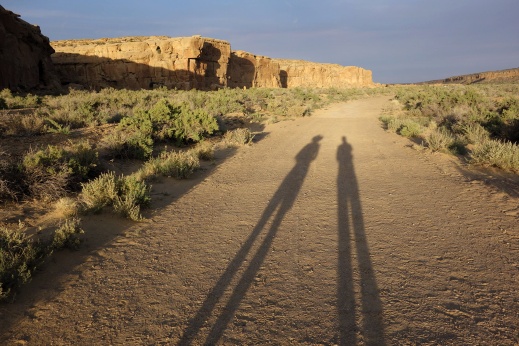 The next day was our last day, with a long drive back into the Arizona low desert.  We made one stop along the way at Shiprock -- which I'd seen from an airplane several years earlier and had been wanting to see in person -- but didn't stick around long.  It was thoroughly unhospitable. Beating sun. Broken glass everywhere. Only sound was an old beer can being blown across the sandy earth. We clambered up to the dike for a better view and then hightailed it out of there. 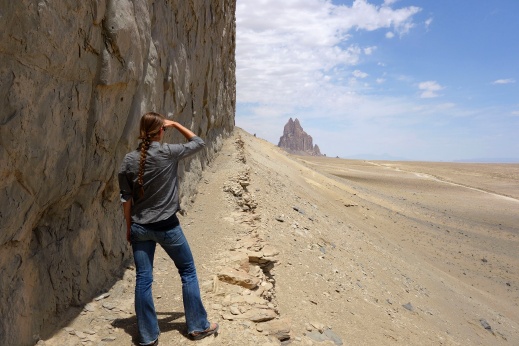 Your photos are fabulous! Sounds like a wonderful trip! Looks like Isis had a wonderful time too. So cute rolling in the snow! I love that part of the country. There are so many wonderful places and things to see. Sad to hear about all the broken glass and cans though.

Nifty post and pictures! Thanks for sharing and I hope you get enough time to decompress before the next round of educational endeavors!

your photos say the desert is so exotic :) Thanks for posting busy lady!

~leslie
(from across the street. sort of)